NASA’s Origins, Spectral Interpretation, Resource Identification, Security-Regolith Explorer (OSIRIS-REx) spacecraft completed its 1.2 billion-mile (2 billion-kilometer) journey to arrive at the asteroid Bennu Monday. The spacecraft executed a maneuver that transitioned it from flying toward Bennu to operating around the asteroid.

Now, at about 11.8 miles (19 kilometers) from Bennu’s Sun-facing surface, OSIRIS-REx will begin a preliminary survey of the asteroid. The spacecraft will commence flyovers of Bennu’s north pole, equatorial region, and south pole, getting as close as nearly 4 miles (7 kilometers) above Bennu during each flyover.

The primary science goals of this survey are to refine estimates of Bennu’s mass and spin rate, and to generate a more precise model of its shape. The data will help determine potential sites for later sample collection.

OSIRIS-REx’s mission will help scientists investigate how planets formed and how life began, as well as improve our understanding of asteroids that could impact Earth. Asteroids are remnants of the building blocks that formed the planets and enabled life. Those like Bennu contain natural resources, such as water, organics and metals. Future space exploration and economic development may rely on asteroids for these materials. 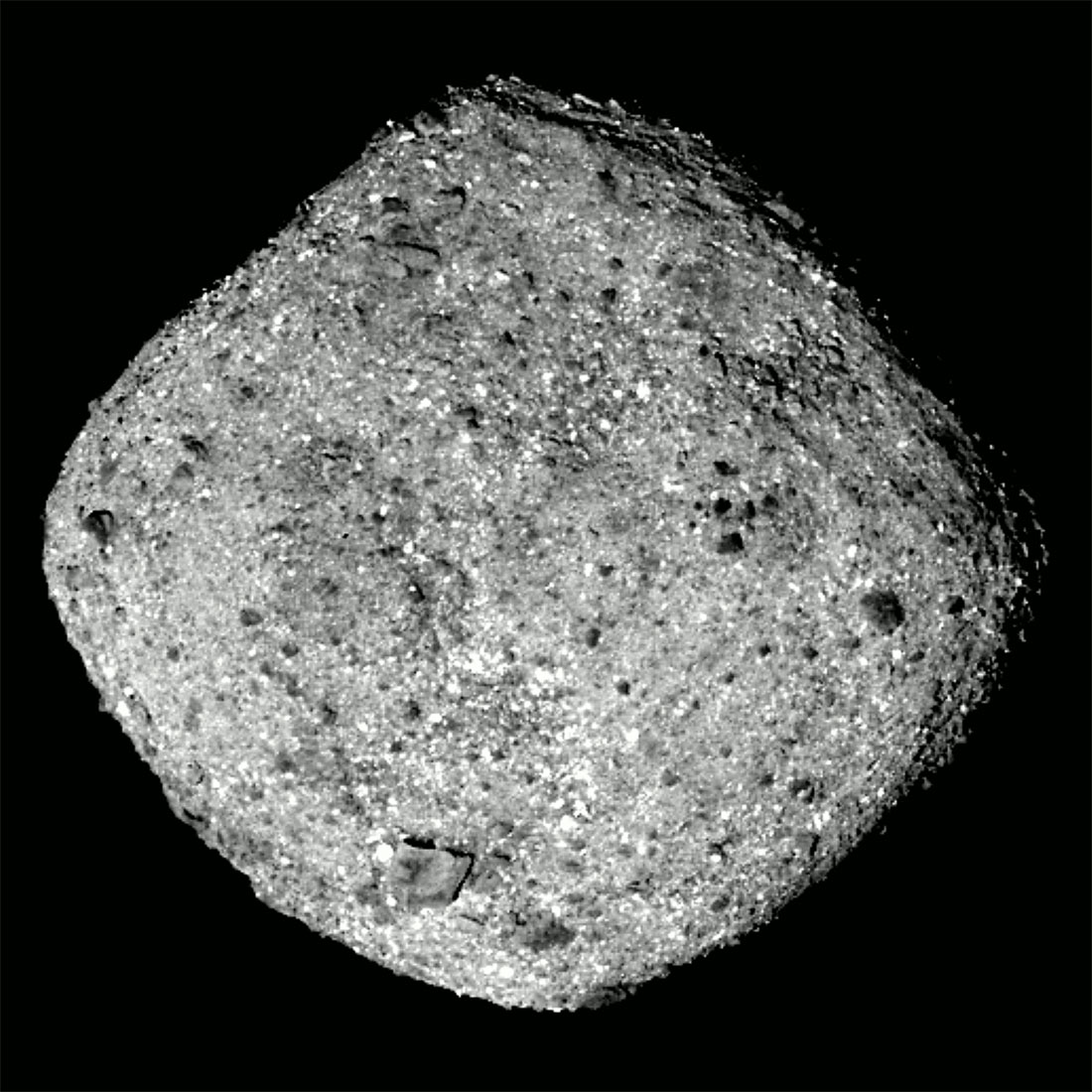 “As explorers, we at NASA have never shied away from the most extreme challenges in the solar system in our quest for knowledge,” said Lori Glaze, acting director for NASA’s Planetary Science Division. “Now we’re at it again, working with our partners in the U.S. and Canada to accomplish the Herculean task of bringing back to Earth a piece of the early solar system.”

The mission’s navigation team will use the preliminary survey of Bennu to practice the delicate task of navigating around the asteroid. The spacecraft will enter orbit around Bennu on Dec. 31 –thus making Bennu, which is only about 1,600 feet (492 meters) across — or about the length of five football fields — the smallest object ever orbited by a spacecraft. It’s a critical step in OSIRIS-REx’s years-long quest to collect and eventually deliver at least two ounces (60 grams) of regolith — dirt and rocks — from Bennu to Earth.

Starting in October, OSIRIS-REx performed a series of braking maneuvers to slow the spacecraft down as it approached Bennu. These maneuvers also targeted a trajectory to set up Monday’s maneuver, which initiates the first north pole flyover and marks the spacecraft’s arrival at Bennu.

“The OSIRIS-REx team is proud to cross another major milestone off our list — asteroid arrival,” said Dante Lauretta, OSIRIS-REx principal investigator at the University of Arizona, Tucson. “Initial data from the approach phase show this object to have exceptional scientific value. We can’t wait to start our exploration of Bennu in earnest. We’ve been preparing for this moment for years, and we’re ready.”

OSIRIS-REx mission marks many firsts in space exploration. It will be the first U.S. mission to carry samples from an asteroid back to Earth and the largest sample returned from space since the Apollo era. It’s the first to study a primitive B-type asteroid, which is an asteroid that’s rich in carbon and organic molecules that make up life on Earth. It is also the first mission to study a potentially hazardous asteroid and try to determine the factors that alter their courses to bring them close to Earth.

“During our approach toward Bennu, we have taken observations at much higher resolution than were available from Earth,” said Rich Burns, the project manager of OSIRIS-REx at NASA’s Goddard Space Flight Center in Greenbelt, Maryland. “These observations have revealed an asteroid that is both consistent with our expectations from ground-based measurements and an exceptionally interesting small world. Now we embark on gaining experience flying our spacecraft about such a small body.”

When OSIRIS-REx begins to orbit Bennu at the end of this month, it will come close to approximately three quarters of a mile (1.25 kilometers) to its surface. In February 2019, the spacecraft begins efforts to globally map Bennu to determine the best site for sample collection. After the collection site is selected, the spacecraft will briefly touch the surface of Bennu to retrieve a sample. OSIRIS-REx is scheduled to return the sample to Earth in September 2023.

Goddard provides overall mission management, systems engineering and the safety and mission assurance for OSIRIS-REx. Dante Lauretta of the University of Arizona, Tucson, is the principal investigator, and the University of Arizona also leads the science team and the mission’s science observation planning and data processing. Lockheed Martin Space in Denver built the spacecraft and is providing flight operations. Goddard and KinetX Aerospace are responsible for navigating the OSIRIS-REx spacecraft. OSIRIS-REx is the third mission in NASA’s New Frontiers Program, which is managed by NASA’s Marshall Space Flight Center in Huntsville, Alabama for the agency’s Science Mission Directorate in Washington.

For more information about OSIRIS-REx, visit: