The LAS will be placed on top of the Orion spacecraft, the first spacecraft capable of taking humans to multiple destinations in deep space. Orion will launch aboard NASA’s Space Launch System (SLS), and its LAS will include an escape rocket on top of the capsule that can carry the crew to safety if any anomalies occur during the launch. SLS and Orion provide an unmatched combination of mass, volume and speed that can deliver humans and cargo to deep space faster, safer and more affordably than any other existing vehicles or proposed options.

“As a former astronaut, I understand how critical the abort motor is to the safety of those flying aboard the Orion spacecraft,” said Charlie Precourt, vice president and general manager of ATK’s Space Launch division. “ATK is operating at the highest standard to ensure this motor will be ready and reliable, if needed.” 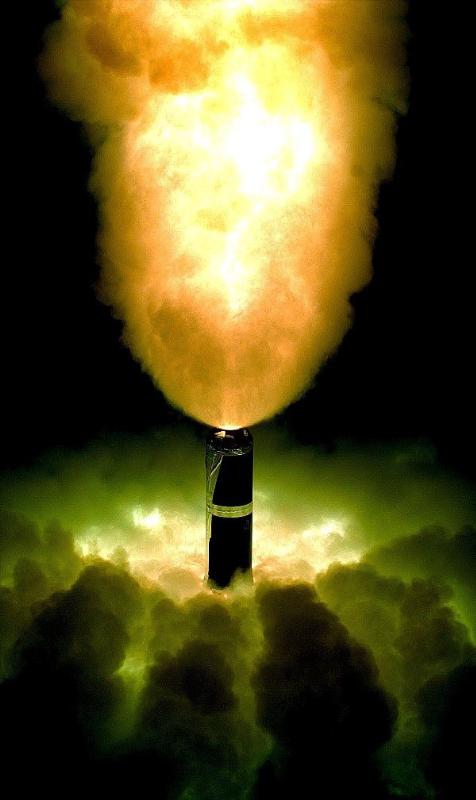 For this qualification test, technicians exposed the igniter to vibrations and extreme temperatures to simulate pre-operating and flight conditions before firing it and at its hottest condition. Next year, the igniter will undergo a similar qualification test, but it will be fired at its coldest temperature. Previous tests include a development test that verified igniter performance analytical models prior to a static test of the launch abort motor, and Pad Abort-1, a ground launch test of the entire LAS.

This igniter design enables the abort motor to activate within milliseconds, lifting the crew module to safety with an acceleration over 10gs.

“Our employees have done an outstanding job in advancing the maturity of the launch abort motor by successfully executing several qualification tests this summer, including the manifold ultimate loads test, igniter closure hydro-test and this igniter static fire test,” said Precourt. “This is real rocket science, and our employees are committed, intelligent people making our journey to deep space possible.”

The next major abort motor milestone will be its Critical Design Review, scheduled for summer 2015.

SLS began welding the rocket’s fuel tanks on the Vertical Assembly Center at the Michoud Assembly Center in New Orleans last week, while NASA anticipates a test fire of the RS-25 engine by the end of the year at Stennis Space Center near Bay St. Louis, Mississippi. This year’s milestones will conclude with Orion’s first test flight, Exploration Flight Test-1 (EFT-1), scheduled for December. Since this test flight is uncrewed, and the abort motor and attitude control motors will not be needed, the only live motor on the LAS will be the jettison motor.

EFT-1 will take Orion farther into space than a spacecraft built for humans has traveled in more than 40 years. The test flight is the next step on our journey to deep space.

With SLS and Orion, ATK is embarking on a mission to deep space that leverages more than five decades of pushing boundaries. Recent SLS booster milestones include: