You know the feeling of pride and achievement when you’ve worked really hard on a term paper, and finally turn it in? That’s how the critical design review team for NASA’s Space Launch System is feeling this week as the program completed its review.

The in-depth review – the first in almost 40 years for a NASA exploration class vehicle – provides a final look at the design and development of the integrated rocket before full-scale fabrication begins. Throughout the course of 11 weeks, 13 teams – including representatives from several NASA field centers – reviewed more than 1,000 files of data as part of the comprehensive assessment process. 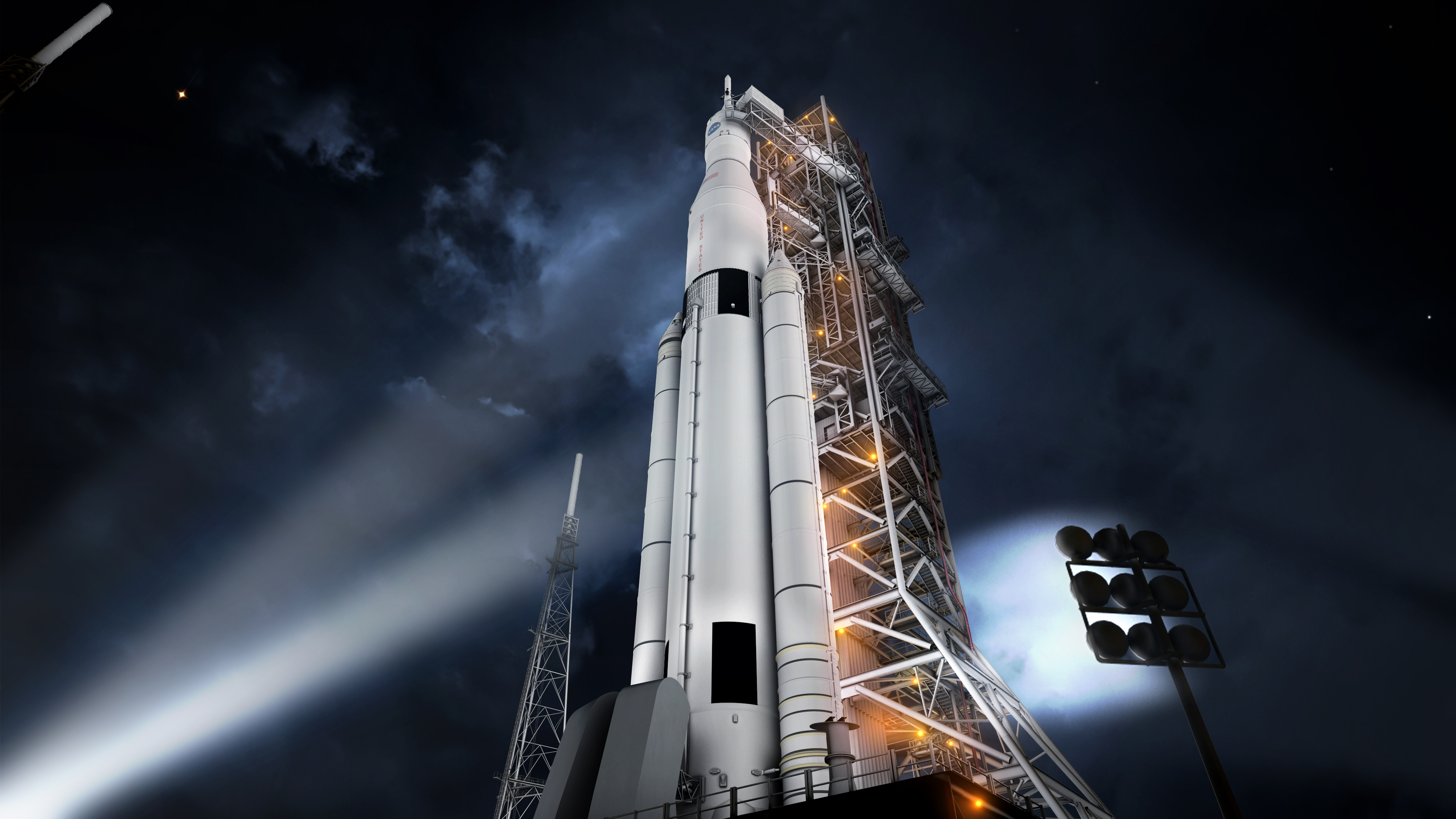 SLS will be the most powerful rocket ever built for a new era of exploration to destinations beyond Earth’s orbit. It will launch astronauts in the agency’s Orion spacecraft on missions to an asteroid placed in lunar orbit, and eventually to Mars.

“Now that we’ve completed our review, we will brief NASA leadership, along with the independent review team, about the results and readiness to proceed to the next phase. After that step is complete, we’ll move on to design certification,” said Todd May, SLS program manager at NASA’s Marshall Space Flight Center in Huntsville, Alabama. “Critical design review represents a major commitment by the agency to human exploration, and through these reviews, we ensure the SLS design is on track to being a safe, sustainable and evolvable launch vehicle that will meet the agency’s goals and missions.

“It’s an exciting time for NASA and our nation,” May continued, “as we prepare to go to places in deep space that we’ve never been before.” 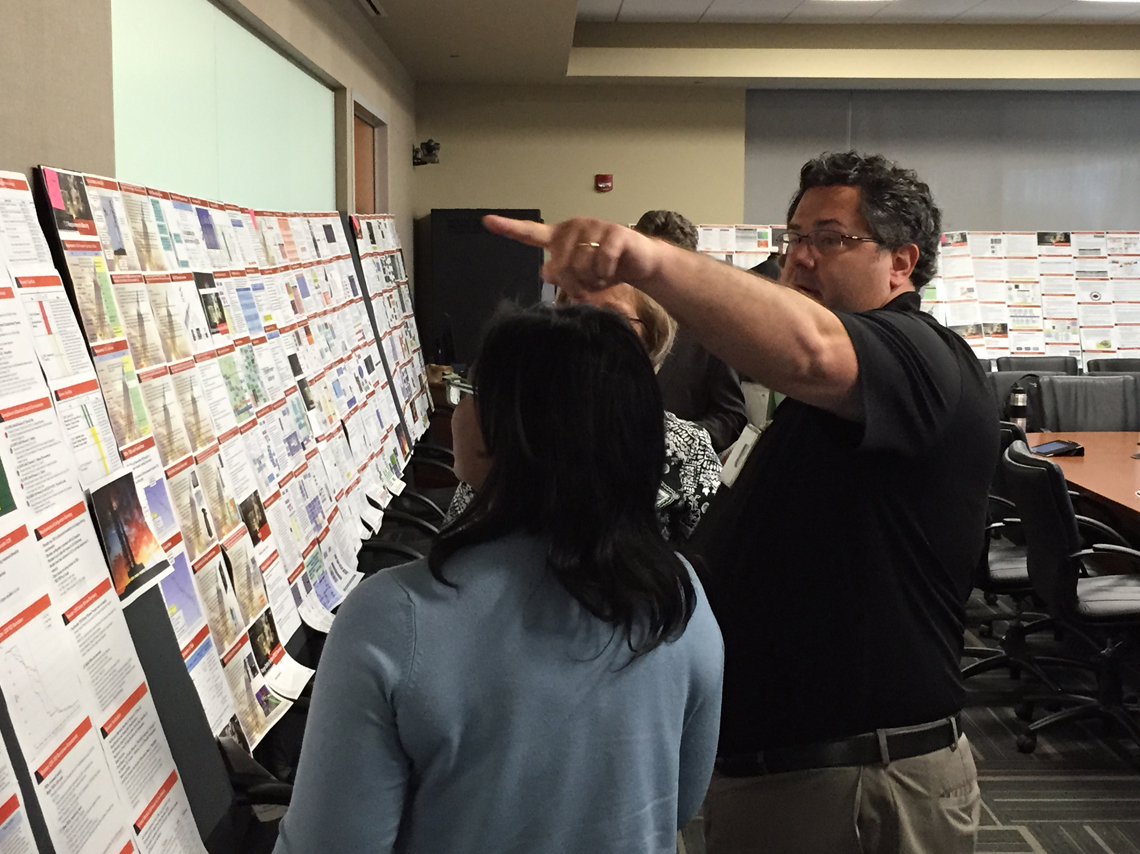 NASA’s Space Launch System Program Manager Todd May and others on the critical design review team pore over hundreds of design and development documents on the SLS Block 1 configuration. The critical design review provides a final look at the design and development of the integrated rocket ahead of full-scale fabrication. SLS will be the most powerful rocket ever built for deep space missions, including to an asteroid and ultimately Mars. Credits: NASA/MSFC

The critical design review is for the first of three configurations planned for SLS, referred to as SLS Block 1. It will stand 322 feet tall, provide 8.4 million pounds of thrust at liftoff, weigh 5.5 million pounds and carry 70 metric tons or 154,000 pounds of payload, equivalent to approximately 77 one-ton pickup trucks’ worth of cargo. Its first mission – Exploration Mission-1 – will launch an uncrewed Orion spacecraft to demonstrate the integrated system performance of the SLS rocket and Orion spacecraft before a crewed flight.

Block 1 requires many critical parts to get it off the ground and safely into space, including twin solid rocket boosters, powerful engines, flight computers, avionics and the core stage. The core stage, towering more than 200 feet tall with a diameter of 27.6 feet, will carry cryogenic liquid hydrogen and liquid oxygen that will feed the vehicle’s four RS-25 engines.

The team turned in its work to a Standing Review Board composed of seasoned experts from NASA and industry who are independent of the program. The board will review and assess the program’s readiness and confirm it remains on target to meet the established schedule and cost goals.

“Much of the benefit of this review is what we do to prepare for it because that’s where we really bring things out,” said Jim Reuter, head of the Standing Review Board. “And you can tell it in the spirit of the people here. They are excited about what they’re doing. They can see that this is the review that’s going to make it real.”

SLS Program managers will present the results from the critical design review board and Standing Review Board to Marshall’s Center Management Council. After receiving the council’s concurrence, the results then will be briefed to the Human Exploration and Operations Mission Directorate at NASA Headquarters.

The Engineering Directorate at Marshall, where the SLS program is managed, provided the majority of the initial phase CDR documents, including drawings and data.

“A thorough review requires a wide range of engineering skills and experts to assess everything from avionics and software that fly the vehicle to ground transportation and integrated systems testing designs and plans,” said Preston Jones, deputy director of Marshall’s Engineering Directorate. “We have gone through every design interface and rechecked analysis to ensure we are meeting all SLS mission performance and crew safety requirements.”

The Orion Program at Johnson Space Center in Houston and the Ground Systems Development Office at Kennedy Space Center in Florida also will undergo similar reviews this year. After those reviews are done, NASA will set a date for Exploration Mission-1.

“We’ve nailed our review schedules,” said Garry Lyles, chief engineer for the SLS Program Office at the Marshall Center. “The team is performing at a really high level. And I’m unbelievably positive in the structural robustness of this vehicle; it has tremendous performance. We’ve picked the right vehicle for the journey to Mars.”