Following the successful pad abort test in May, SpaceX began developing a plan that would move its in-flight abort test to provide higher fidelity data and reduce risk to future crews launched to the International Space Station in the Crew Dragon spacecraft. NASA and SpaceX agreed to consider this proposed change prior to the mishap of SpaceX’s seventh commercial resupply services mission.

The change comes after the company’s successful pad abort test May 6 demonstrating the effectiveness of the Crew Dragon launch abort system. SpaceX is using the data collected during the test to confirm analysis models and inform the final spacecraft design. 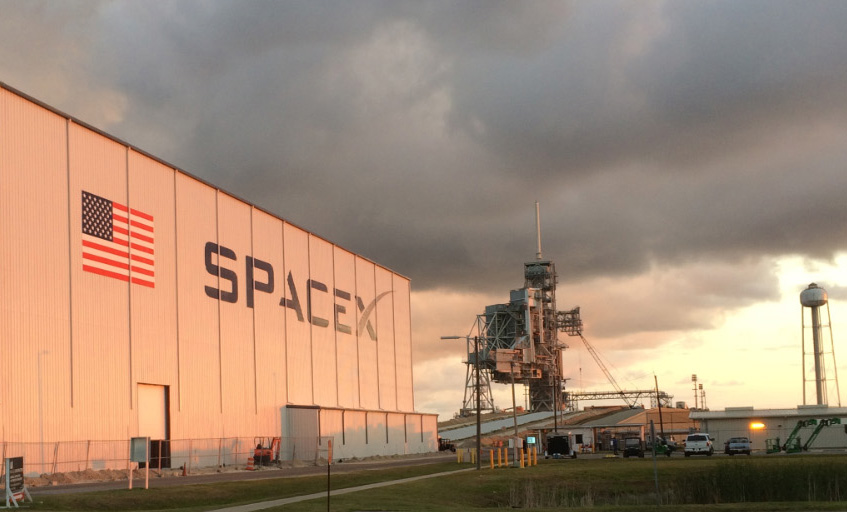 The SpaceX facilities at Launch Complex 39A at NASA’s Kennedy Space Center in Florida. Credits: SpaceX

“Testing the actual flight design always results in higher fidelity data and ultimately reduces risk for later crew flights,” said William Gerstenmaier, associate administrator of the Human Exploration and Operations Mission Directorate at NASA Headquarters. “This change supports a philosophy of testing as you fly, which our experience has shown to be a good strategy for development and complements well the earlier system information gained from the pad abort test.”

As a result, using the pad abort vehicle to conduct the in-flight abort test would not provide the best quality data. SpaceX can further reduce risk for later crewed flights and improve the fidelity of the data by using a Crew Dragon built to the current design.

“This is the kind of innovative, flexible thinking we want from our partners,” said Kathy Lueders, manager of NASA’s Commercial Crew Program. “The safety of our astronauts is paramount, and we are very happy that our partners are strategically re-assessing their plans for efficiencies.”

The in-flight abort test is part of NASA’s Commercial Crew Integrated Capability Space Act Agreement with SpaceX, so the updated plan would entail extending that agreement. No changes would be made in the milestone content, and NASA would incur no additional expense associated with moving the test date. SpaceX’s planning indicates the company can implement the new plan without affecting its October 2017 certification date for the Crew Dragon and crew transportation system as part of its Commercial Crew Transportation Capability contract with NASA.

SpaceX has consulted with NASA on this new plan, and the company should complete its full assessment of the new plan and present its findings, including the new in-flight abort test date, to NASA within the next few weeks. NASA then will review the new plan and likely approve it, unless there is some technical issue.