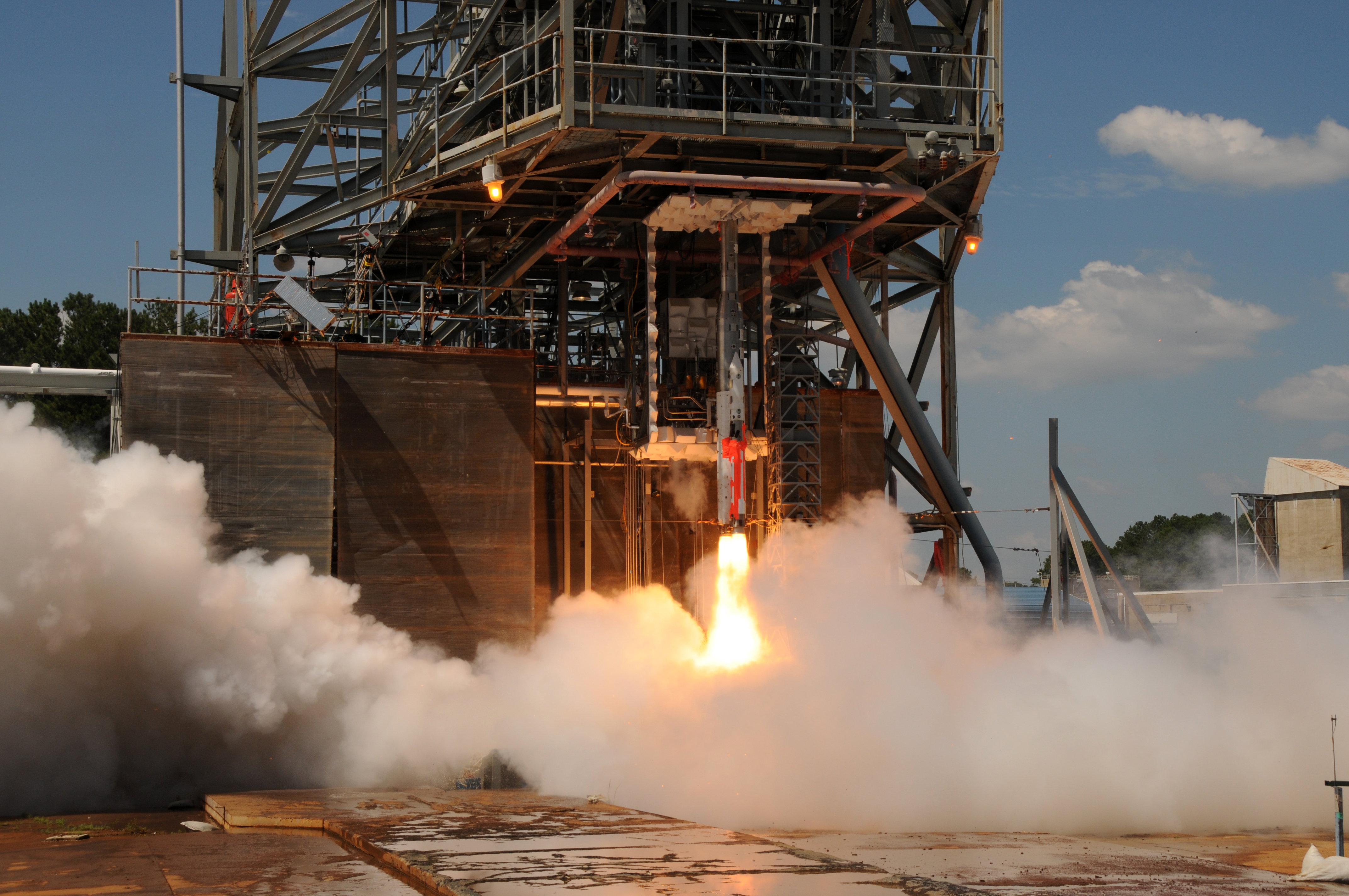 Engineers at NASA’s Marshall Space Flight Center in Huntsville, Alabama, are wrapping up acoustic testing on a 5-percent scale model of NASA’s Space Launch System. The Aug.28 test, the 34th in the series, will help NASA engineers understand how loud the SLS vehicle will be during liftoff. Data from the test series will be used to design the water sound suppression system that reduces liftoff vibrations on the vehicle. SLS will be the most powerful rocket ever built for deep space missions, including to an asteroid and ultimately to Mars.

The Scale Model Acoustic test article has four operational liquid engines and two solid rocket motors to represent the propulsion system for SLS. The launch structure also has working water delivery systems to represent its sound suppression system. The test article can be elevated to capture how the liftoff noise changes as the vehicle launches to space. Hot-fire testing began in January and will end this fall.

The model is being used for acoustic testing, which will help NASA engineers understand how loud the SLS vehicle will be during liftoff. Image Credit: NASA/MSFC/David Olive

“This has been a very successful test program,” Kenny added. “Not only has our team gotten a better understanding of the noise levels expected at launch, but we’ve also proven out the effectiveness of the water suppression systems currently being installed at NASA’s Kennedy Space Center.”

The test program is led by Marshall’s Propulsion Department in the Engineering Directorate, with additional engineering support across several NASA centers. The Marshall Center manages the SLS Program for the agency.