NASA released Thursday new photos and video animations depicting the agency’s planned mission to find, capture, redirect, and study a near-Earth asteroid. The images depict crew operations including the Orion spacecraft’s trip to and rendezvous with the relocated asteroid, as well as astronauts maneuvering through a spacewalk to collect samples from the asteroid.

Part of President Obama’s FY 2014 budget request for NASA, the asteroid initiative capitalizes on activities across the agency’s human exploration, space technology and science programs. NASA is enhancing its ongoing efforts to identify and characterize near-Earth objects for scientific investigation, and to find potentially hazardous asteroids and targets appropriate for capture and exploration.

The agency is creating an asteroid mission baseline concept to develop further in 2014 to help engineers establish more details about the mission. Meanwhile, engineers and scientists across the agency continue to evaluate several alternatives, as well as ideas from the public, for consideration throughout mission planning. 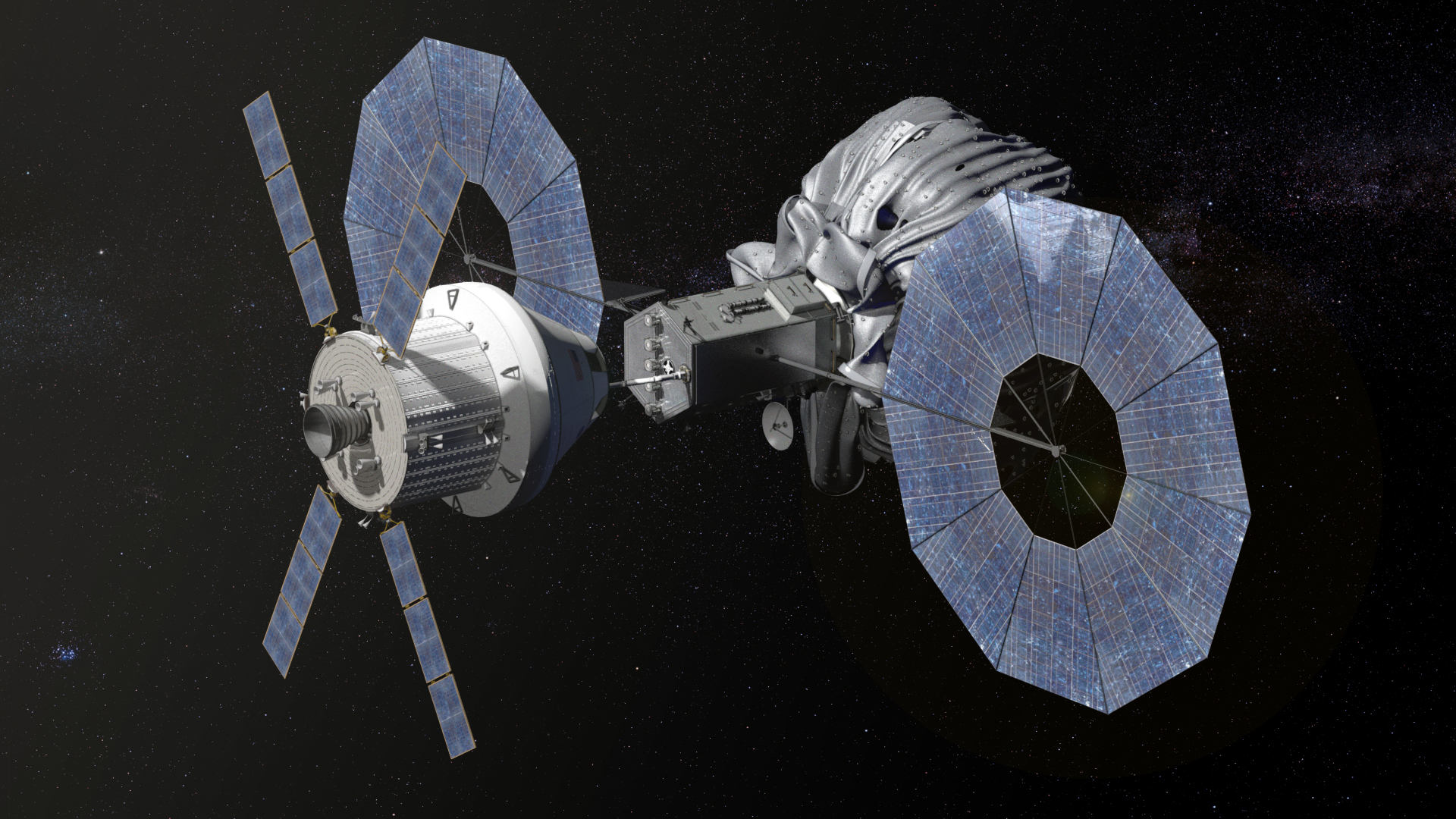 The asteroid initiative will incorporate advanced solar electric propulsion technology as a power source for spacecraft, offering greater flexibility to the spacecraft and mission planners. The mission also leverages the agency’s progress on the Space Launch System rocket, Orion spacecraft and other cutting-edge technology developments.

In late July, NASA conducted its asteroid mission formulation review, which brought together agency leaders from across the country to examine internal studies proposing multiple concepts and alternatives for each phase of the mission, and assessed technical and programmatic aspects of the mission. Currently, NASA is assessing the more than 400 responses received to a request for information in which industry, universities and the public offered ideas for the initiative. 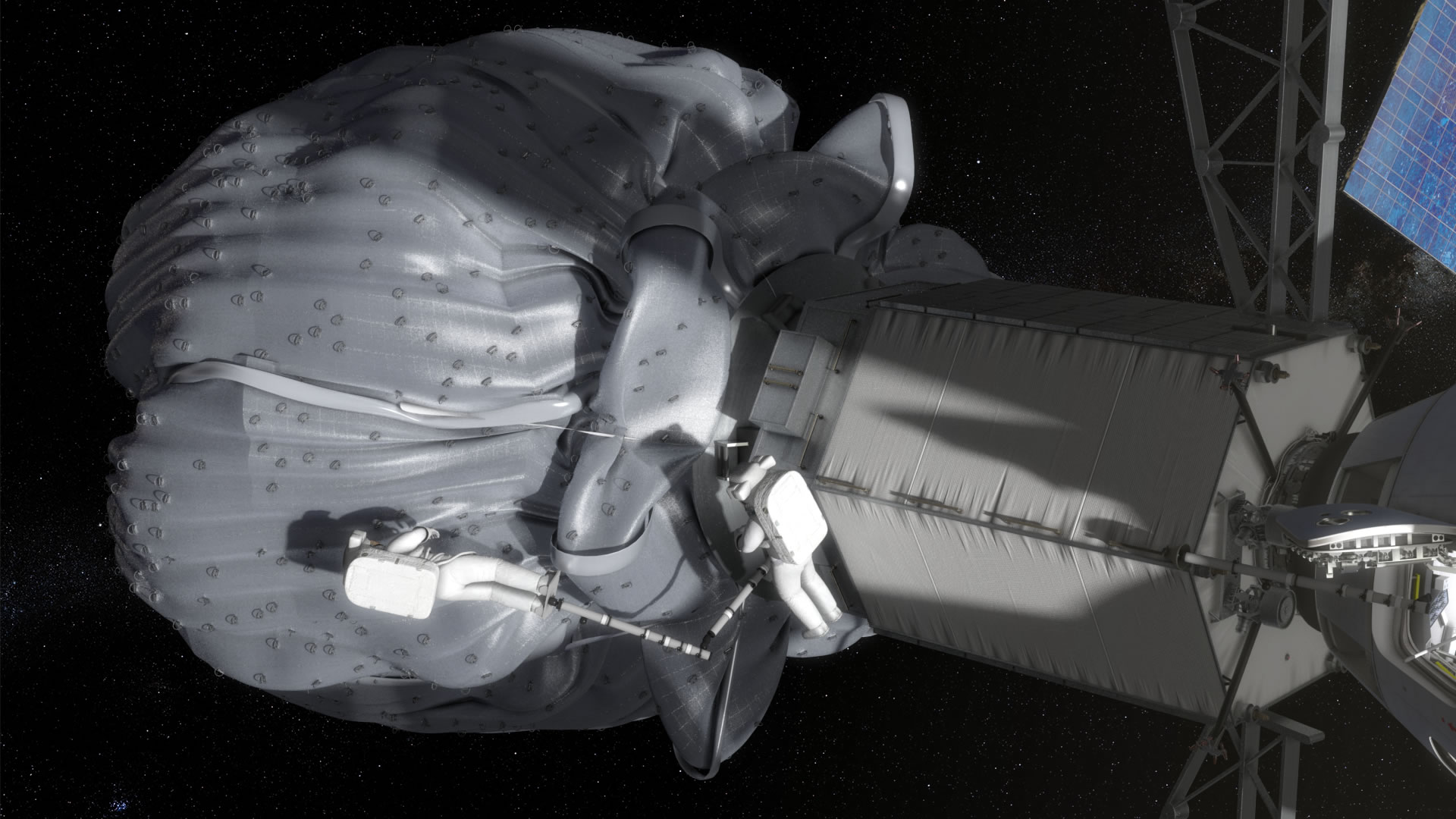 In this conceptual image, the two-person crew uses a translation boom to travel from the Orion spacecraft to the captured asteroid during a spacewalk. Image Credit: NASA

The agency will host a technical workshop at the Lunar and Planetary Institute in Houston from Sept. 30 to Oct. 2 to discuss those responses and the potential for ideas from them to be incorporated into the mission concept. Virtual participation will be available to the public. Participation details will be provided prior to the event.

The NASA animation can be viewed at: http://go.nasa.gov/12tf23l

The full image gallery can be viewed at: http://go.nasa.gov/19A67iI 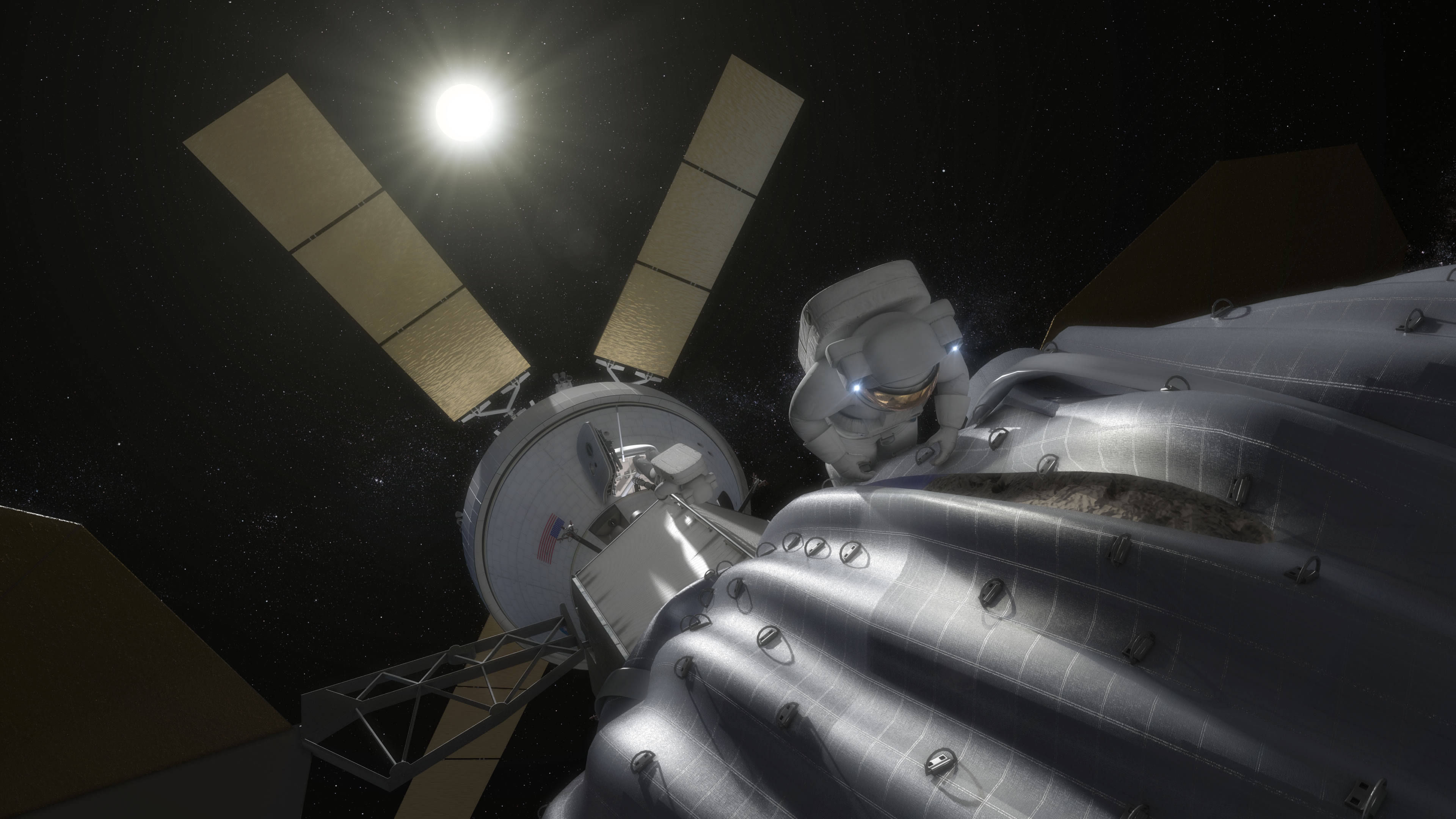 This concept image shows an astronaut preparing to take samples from the captured asteroid after it has been relocated to a stable orbit in the Earth-moon system. Hundreds of rings are affixed to the asteroid capture bag, helping the astronaut carefully navigate the surface. Image Credit: NASA