On May 10, 1869, Leland Stanford raised a hammer and drove a golden spike into railroad tracks in Promontory, Utah. It marked the symbolic completion of the Transcontinental Railroad.
For the first time in American history, the East and West were connected. The Transcontinental Railroad would transform the United States by establishing a national economy driven by coast-to-coast commerce. 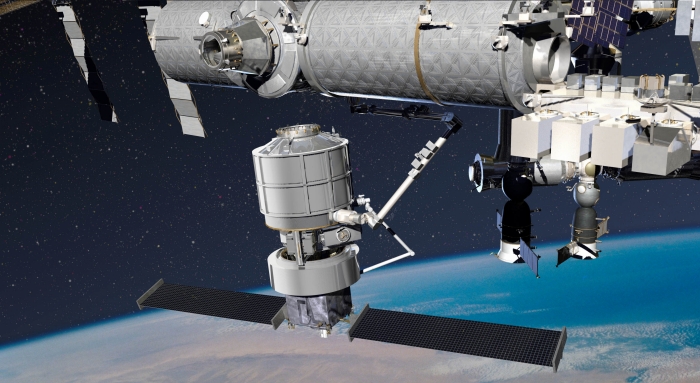 Today, thanks to a revolutionary idea envisioned by Lockheed Martin, we’re creating a new kind of Transcontinental Railroad – for delivery of supplies in space. One that enables human exploration to destinations deeper in space than ever before.

And it proceeds from a proposal on how to resupply the International Space Station (ISS) as part of the Commercial Resupply Services-2 contract issued by NASA.

The solution involves three major elements: a robotic spacecraft called Jupiter, a cargo container about the size of a railroad car named the Exoliner, and a robotic arm.

A United Launch Alliance Atlas V rocket launches the Jupiter spacecraft and an Exoliner fully stocked with supplies into space. Jupiter then transports the Exoliner to the ISS, where it berths to the station so that astronauts can unload the cargo and fill the Exoliner with waste.
Later, when the ISS is ready for a new shipment, another Atlas V launches a new Exoliner. The already on-orbit Jupiter replaces the current Exoliner with the new one. The old Exoliner is disposed of using the Atlas V Centaur upper stage.

Jupiter builds on the same design as the MAVEN spacecraft, now in orbit around Mars, the Juno spacecraft on the way to Jupiter, and OSIRIS-Rex, currently under construction for an asteroid sample return mission. 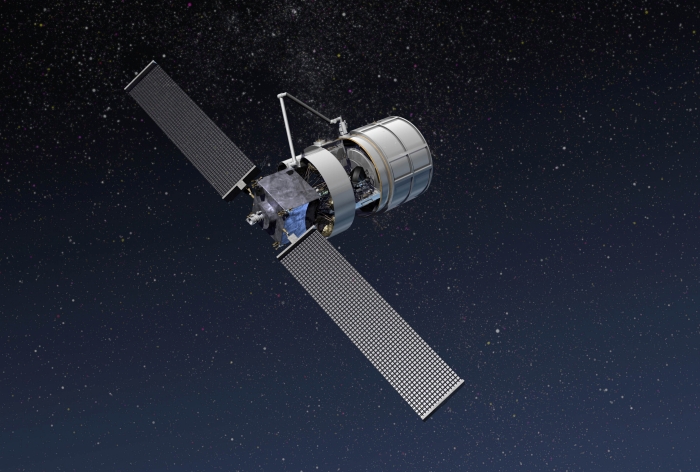 The Exoliner derives from Thales Alenia Space’s cargo carrier used on the European Space Agency’s Automated Transfer Vehicle, a time-tested design that is proven to be safe, reliable and affordable. It has performed flawlessly in five successful trips to the ISS.
Built by MDA, Jupiter’s robotic arm draws from arms that have served on the ISS and Space Shuttle for more than 30 years.

This system for resupplying the ISS brings numerous benefits, including a reusable vehicle, expanded cargo capacity, fewer launches, and the option for sharing costs by carrying commercial payloads.

But even more, it promises much greater – and transformational – possibilities.
Imagine Jupiter and an Exoliner sent into deep space, with Orion. As Orion goes deep into space, be it near the moon or further out to Mars, the astronauts will need more room, and more supplies.

The Exoliner doubles the crew volume and provides room to stretch out. The Jupiter spacecraft is already designed for deep space since its siblings go to Mars and asteroids. It’s even possible to send fully-stocked Exoliners ahead of a crewed Orion mission, pre-positioning supplies of food, fuel, water, construction materials and scientific equipment for the astronauts to access when they arrive. These systems will be placed at points along the route, serving as a deep space resupply depot between Earth and Mars.

With just three building blocks: Jupiter, the Exoliner and the robotic arm, we are forming a new Transcontinental Railroad in space. And with that comes the promise of a very similar revolutionary transformation for America. 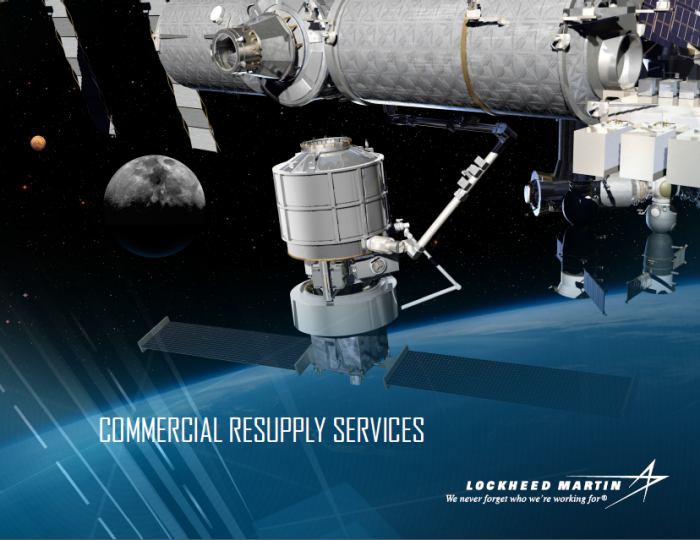