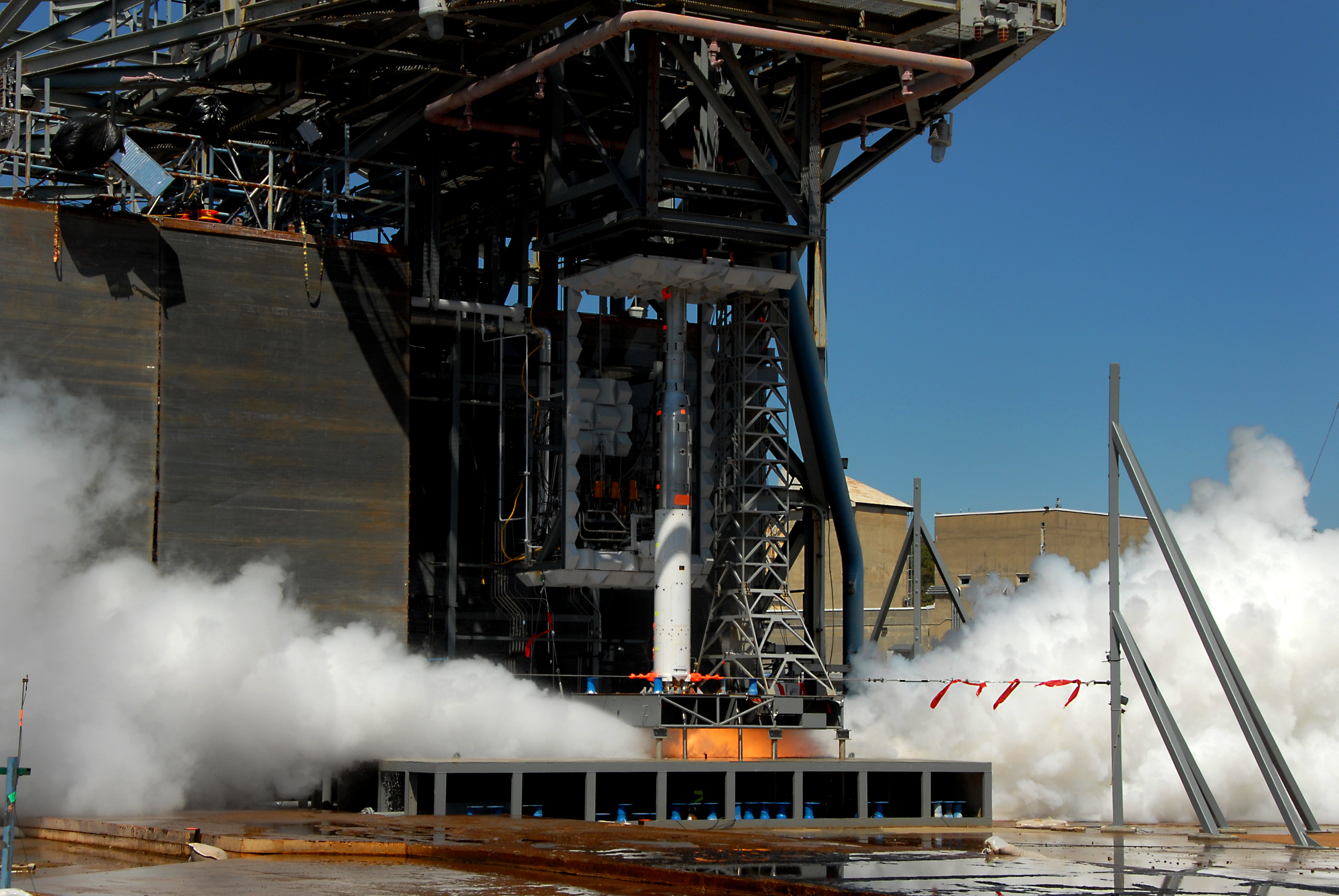 A 5-percent scale model of the Space Launch System (SLS) core stage fires up for another round of acoustic testing at NASA’s Marshall Space Flight Center in Huntsville, Ala. SLS, NASA’s new rocket, will be the largest, most powerful rocket ever built for deep space missions. The SLS core stage, towering more than 200 feet tall with a diameter of 27.6 feet, will store cryogenic liquid hydrogen and liquid oxygen that will feed the vehicle’s RS-25 engines. The acoustic tests, which began in January, will show how powerful noise from the engines and boosters can impact the rocket and crew, especially at liftoff. Data from the tests will help verify the rocket’s design and help develop an effective suppression system to stifle the sound. The current test series, which began March 20, will be used to determine the noise reduction capabilities of the water suppression system at NASA’s Stennis Space Center near Bay St. Louis, Miss. The system will be used for core stage “green run” testing. “Green run” testing ensures all stage and engine parts have been exposed to flight-like environments prior to use on a mission.