Secretive space startup Blue Origin achieved a significant milestone on April 29 with the first development flight of the company’s New Shepard suborbital launch vehicle and spacecraft from its west Texas test site. The first all-up flight test was mostly successful and the rocket carried the uncrewed capsule to an altitude of over 58 miles. After separation, the capsule gently touched down under its three parachutes. The test was marred, however, by the failure to successfully land the New Shepard propulsion module.

Despite the loss of the carrier rocket, the company plans to continue moving forward with test flights and the goal of 100% reusability. According to Blue Origin founder Jeff Bezos, the test was “flawless” in every other aspect.

“Unfortunately we didn’t get to recover the propulsion module because we lost pressure in our hydraulic system on descent,” said Bezos in an email release this morning. “Fortunately, we’ve already been in work for some time on an improved hydraulic system. Also, assembly of propulsion module serial numbers 2 and 3 is already underway – we’ll be ready to fly again soon.” 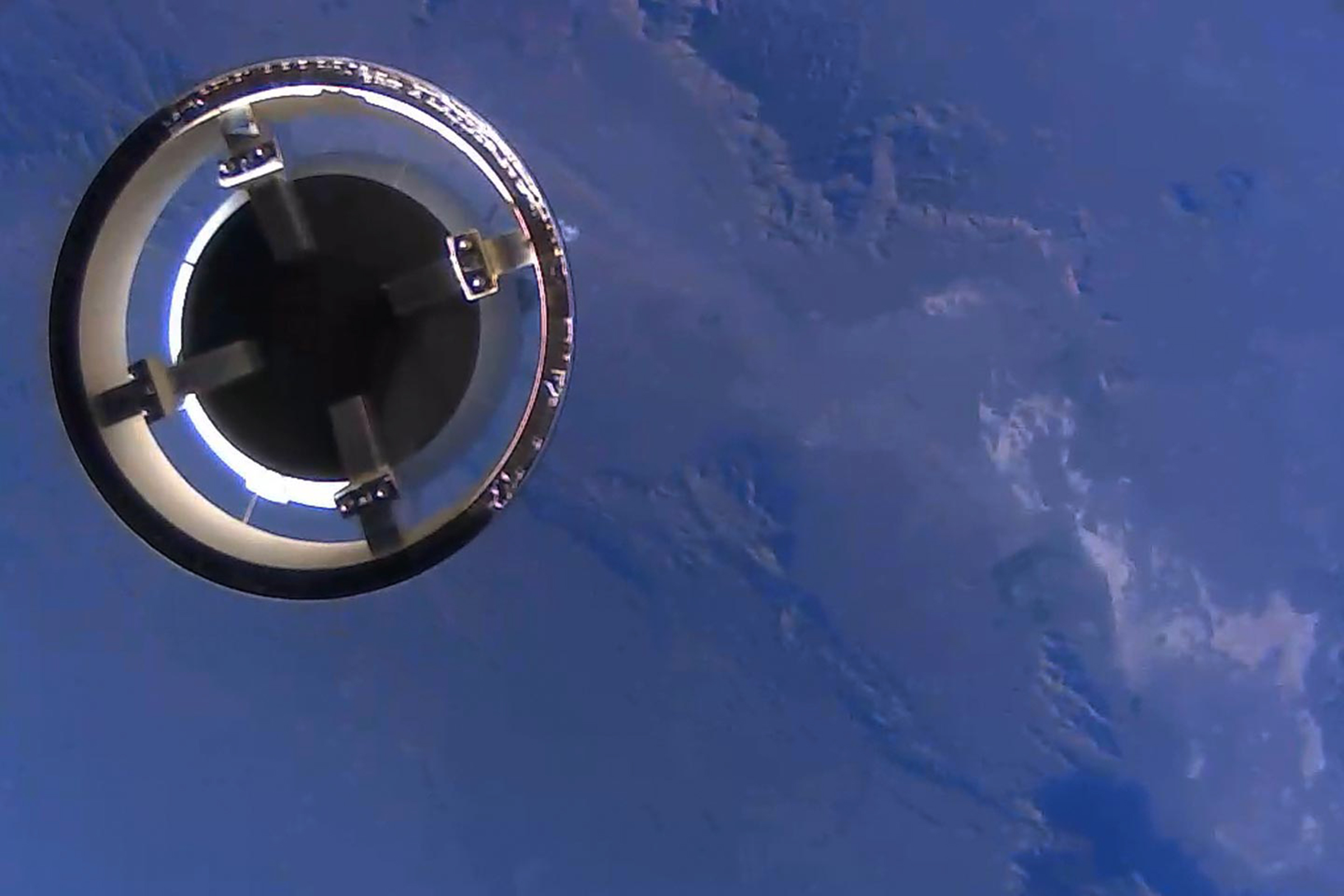 The New Shepard crew capsule separates from the propulsion module and continues its ascent to 307,000 feet before returning to Earth for a classic landing under parachutes. Photo Credit: Blue Origin

New Shepard is powered by a 110,000 pound thrust liquid hydrogen, liquid oxygen BE-3 engine, which worked flawlessly to send New Shepard through Mach 3 to an apogee of 307,000 feet. Guidance, navigation and control was nominal throughout max Q and all of ascent. The in-space separation of the crew capsule from the propulsion module was perfect. Blue Origin states that had a crew been on board, they “would have had a very nice journey into space and a smooth return.”

“We continue to be big fans of the vertical takeoff, vertical landing architecture,” Bezos emphasized. “We chose VTVL because it’s scalable to very large size.”

After a clean separation from the propulsion module, the New Shepard crew capsule descends to a gentle landing in the west Texas desert. Photo Credit: Blue Origin

Currently, Blue Origin is also designing an orbital vehicle that will be powered by the BE-4, which is a 550,000 pound thrust engine using liquified natural gas and liquid oxygen propellants. United Launch Alliance has partnered with Blue Origin to use the BE-4 on their recently unveiled Vulcan rocket expected to make its first flight in 2019.